<![CDATA[ <p class="p-1">A strange sight occurred on Thursday night in the sky above New York City. A mysteriously blue light appeared that was so bright it made the surrounding area look like it was daytime! 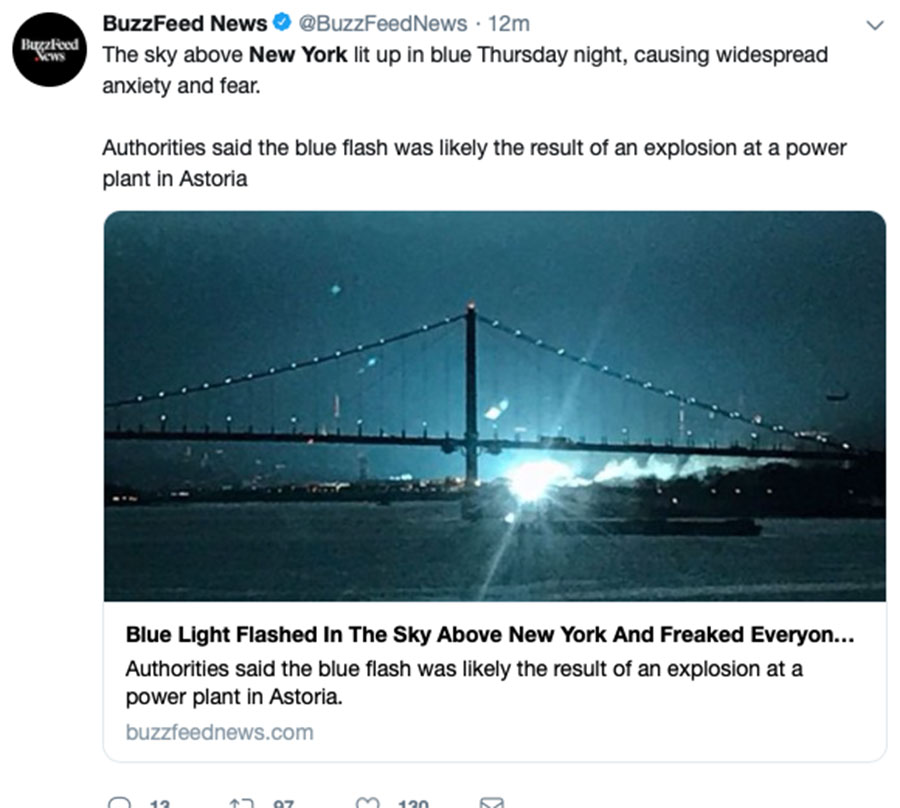 Social media immediately went crazy with images and videos of the light. Some people wanted to know what was causing it, some feared for their safety, and others suggested it was aliens.

“People were startled to see the sky light up so brightly that it briefly appeared to be daytime. One Woodside resident reported being startled awake by blue light flooding her apartment,”reported NBC.

However, the light has now been accounted for. It was apparently a transformer that was exploding. At this time, officials do not believe anyone was injured in the incident.

“People in Queens are reporting a mysterious blue light shooting through the sky, possibly in some sort of transformer explosion,” wrote NBC. 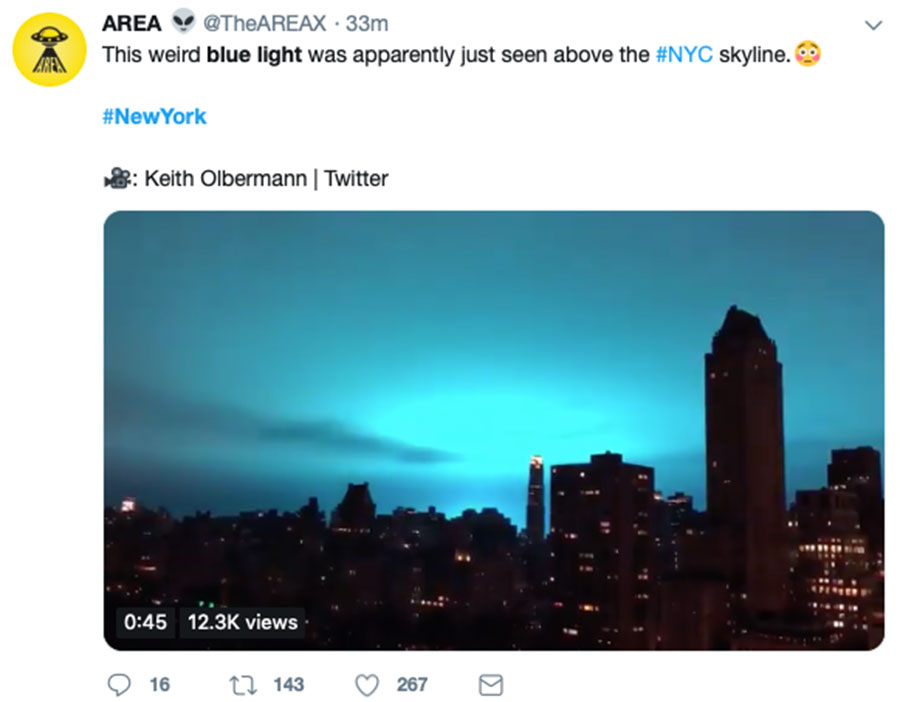 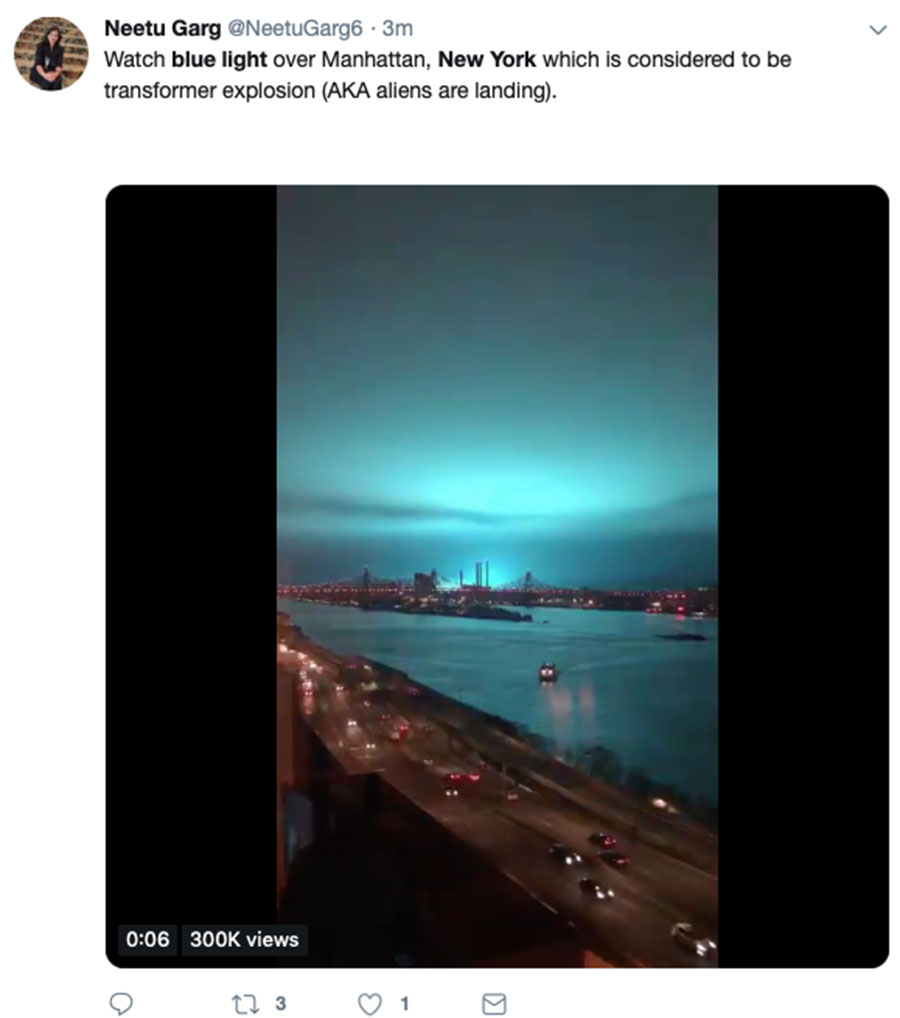 This was certainly a strange event. Luckily, it appears to be a happy ending for what could have been a major incident.