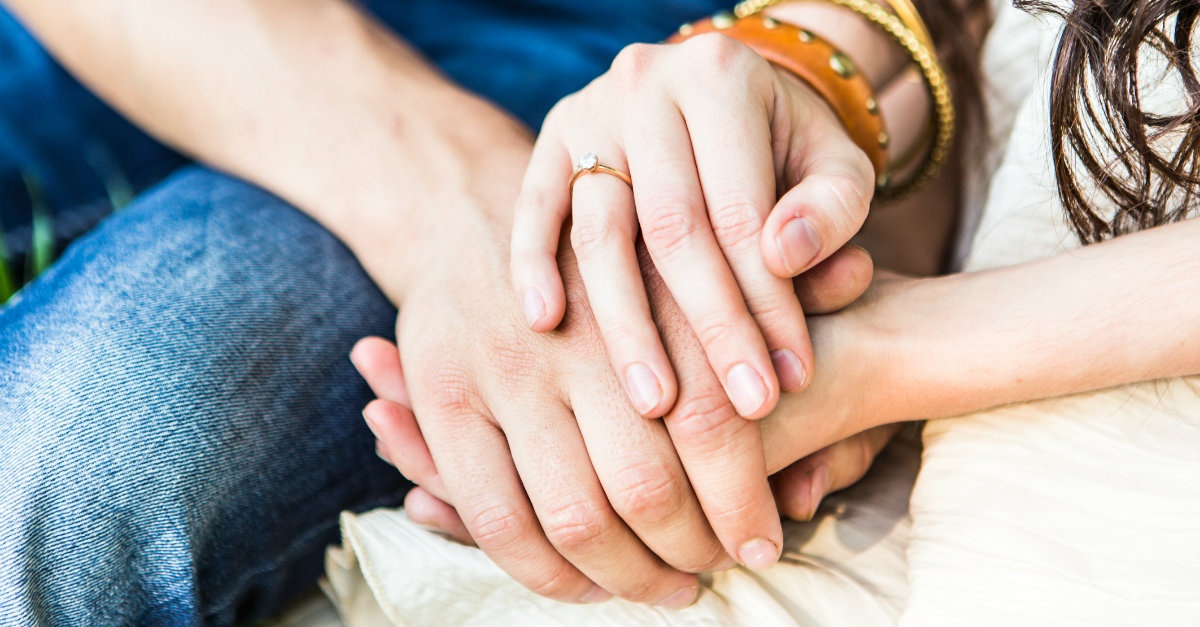 Many pastors won’t marry a couple until after they have completed premarital counseling. This can take many forms, and is often very effective in preparing an engaged couple for marriage. Some pastors organize weekend retreats with multiple couples undergoing the marriage course at the same time, while others meet one-on-one with couples for weeks or months, as a regular counselor would.

Five years ago, the pastor that married my husband and me sat down with us for a one-day marathon premarital counseling session. He would be coming from out of town to marry us, so his preferred method of meeting regularly for weeks wouldn’t work.

I remember talking about the everyday things that would come up as you “do life” with someone. We discussed budgeting, giving, church attendance, children, families, and fears for the future. Spending this time together really did help. And I would say to any engaged couple that speaking about these issues together or with a pastor is only going make things easier once the rings are on your fingers (though let’s be honest – marriage is still going to be hard).

In that one-day span, we certainly didn’t cover every issue that would come up in the years to follow. (Not to mention, life is unpredictable and has surprised us many times. We couldn’t have predicted many of the things that would happen down the road.) But pastor and author Dave Harvey writes that there are six things that pastors absolutely can’t miss talking about during premarital counseling. Unfortunately, these things often get skipped over or forgotten.

Did anyone else walk into marriage believing your spouse was perfect? I did. I was blind to the sin in my husband, and looked to him to be a Christ figure in my life – fulfilling my every need and providing me with happiness and contentment. Of course, this was wrong, wrong, wrong, but I did it unknowingly.

Pastors need to tell couples to beware of this behavior. It only leads down a path of disappointment and resentment.

Harvey writes, “Your beloved is a sinner just like you. Remember: Our sin is horrific enough to require Christ’s blood to take it away. But God’s grace has power over the ‘sin eruptions’ you couldn’t see before your wedding day.”

There will be conflict in your marriage. It doesn’t matter how much you agreed on things going into it (we agreed on everything except college basketball teams), days, weeks, or months later, you will find something you disagree on. It might be small, like determining whose turn it is to wash dishes, or it might be something far more significant, like deciding when to start a family.

Some pastors don’t teach engaged couples how to solve conflict in marriage – a huge oversight. In our case, we didn’t have any conflict before we were married, so we didn’t know how to handle it when it arose.

Harvey and his wife Kimm had a similar experience with conflict: “My early conflicts with Kimm revealed what I craved. I got angry with her, because, well, I had an entitled heart. I wanted Kimm to respect me. I thought being respected was some kind of inalienable right grounded in both Scripture and the American constitution. But it didn’t take long before I saw how a good desire can corrupt into a harmful demand.”

You’ve probably heard the old adage, “You can’t change your spouse; you can only change yourself.” This is true. You can’t change him or her. But God can. He wants to change both of you into holier, sanctified versions of yourselves.

Here’s the caveat: This change will probably not be immediate or according to your timing. There are certainly things that you and your spouse can do together to grow in faith, like attending a couples’ Bible study, or spending time together in prayer. But change takes time.

Harvey writes, “When two people are yoked together, God’s growth of one always has the other’s soul in view. Demanding immediate change in a new spouse is a great way to introduce other problems into the marriage.”

This part of premarital counseling is hard to forget. I didn’t want to talk about it (too awkward in front of the pastor, I thought!) and we quickly moved on to another topic. Looking back, this was foolish.

Pastors need to push past the awkwardness and actually warn couples what is coming. Harvey explains why:

“… for many, sex is far harder than they imagined—whether it’s the past, physical pain, inhibitions and shame, difficulty finding a rhythm, or the cloud of sexual abuse.

“You’re surprised the marriage bed requires so much assembly—so much commitment and work.”

The Bible tells us that “… a man will leave his father and mother and be united to his wife, and the two will become one flesh” (Matthew 19:5). But what does that mean for parents (yours and your spouse’s)?

My husband and I were the first of our siblings to get married. Our parents had never before experienced this change of identity from Mom and Dad… to Mom and Dad who we no longer live with or report to. We were suddenly responsible to each other; our actions affected one another instead of our parents. If we don’t talk about this ahead of time, it can cause unexpected conflict and tension in families.

“… ‘leaving and cleaving’ also alters your parents’ authority and responsibility. Once a couple gets married, there’s a seismic shift in the parents’ role. They don’t stop being Mom and Dad, but they can’t expect to be honored the same way they were when the kids were young,” writes Harvey.

Along with our unpreparedness for conflict, my husband and I didn’t know how deal with what happens after conflict: Forgiveness and reconciliation. Honestly, we’re still learning.

Couples need to be prepared for one ugly truth of marriage: You will hurt one another. It might be an accident. It could be in the heat of the moment, and you wish you could take it back. But your spouse will cause you pain, and you will inflict pain as well.

Forgiveness is easy in theory, but in practice, it will cost you. It will cost you your angry words and resentful feelings. True forgiveness means releasing the grudge in your heart that you want to hang onto… even when your mind says that your spouse deserves it.

Harvey writes, “To treat our spouse as their sin deserves (with anger, withdrawal, or emotional punishment) seems more fair and equitable. But when you do this, you’ve forgotten just how much you’ve already been forgiven. You’ve forgotten the debt Christ paid for you. You were forgiven a great debt. Marriage often means doing the same.”

We can’t be prepared for everything in marriage. And we can’t expect our pastor to teach us everything there is to know about living as one flesh. But we will have one Helper alongside us – every step of the journey together. Crosswalk.com contributor Brittany Rust says that when marriage is hard, draw closer to God and allow Him to make you the mate your spouse needs.

Rust writes, “Each day make a point to invite God into your marriage, ask for His help, and pray that you can be selfless. Putting another before yourself is perhaps one of the hardest things a person can do, but remember what Philippians 4:3-4 says about this. Because it’s hard you’ll need God’s help, so ask for it and rely on Him to be the best spouse you can be.”

Carrie Dedrick is an editor of Crosswalk.com. When she is not writing or editing, she can usually be found teaching dance classes, running marathons, or reading with at least one adopted dog on her lap. Carrie and her husband Dustin are anxiously awaiting the arrival of their first baby, a daughter, in October 2017.